Diktat From The White House — Why Bother With Substance?

It’s no news at all that China has been stealing intellectual property from all the major intellectual property producers in the world. This was well known to U.S. Presidents Carter, Reagan, George H. W. Bush (who had served as U. S. Ambassador to China), Clinton, George W. Bush, and Obama. Each chose, when appropriate, and keeping balance in mind, to enlist allies in the complex business of trade diplomacy in the attempt to reduce China’s infringement of WTO rules. In the process of becoming a member, China had to make serious adjustments to its economy. No President acted as though China’s economy was a sudden, direct, existential threat to his domestic voter base. Until now.

I have no quarrel with the idea of having a business person become President of the United States. But if it is going to be so, we should hope that he/she would bring a deep knowledge of macro-economics to the job, some experience of governing, and the humility of enrolling the efforts of superb experts in pointing the way to policy decisions, in concert with our closest allies.

This demands knowledge, insight, understanding of primary, secondary and tertiary effects, devotion to democratic institutions, and really hard work. All far beyond the capabilities of the gentleman now in the Oval Office, who chooses flash over substance all the time, seeking some easy, spectacular answer to every problem, when and if he notices a problem at all. Or manufactures one. The notion that a trade surplus or trade deficit is of itself a determinant of a country’s wealth is as much nonsense as “supply-side” economics.

Managing the government of the United States is not remotely like developing a golf course, a hotel, or establishing a fraudulent “university.” It also does not require sending hugely unqualified family members out to do the diplomacy of the country.

The idea that the President’s pretty, ignorant and potentially criminal son-in-law can, while disparaging the need for specialized knowledge, be unleashed to conduct, without Senate confirmation, the foreign policy of a great nation, is appalling. Same for his pretty, ignorant daughter. That these overwhelmingly unqualified family members have had high level meetings with powerful foreign government officials without the presence of the relevant U.S. ambassador, is begging for disaster.

Peace in the Middle East? No problem. Rapping China’s knuckles? No problem. It’s all so easy, that no wonder the current occupant of the Oval Office is deluded into thinking himself The Greatest. All made much easier by entertaining the President of China at Mar-a-Lago, and then congratulating him upon becoming President for Life. Amazing what good chocolate cake can accomplish. Censuring Russia? Well, just a little, while also congratulating Putin for achieving his “electoral success.”

Oh, if only the President could enjoy the fealty that comes with being a complete demagogue, not only as in China and Russia, but also the Philippines. The President’s threats to execute the dealers who push opioids should be taken seriously, not only by physicians who could be accused of over-prescribing, but also the executives of those great pharmaceutical companies who produce the stuff, though the latter may be excused for their contributions to political candidates. If you’re rich enough and well-tailored….

At the close of trading today, the Dow had lost 724 points, wiping out an enormous amount of wealth. But it must have been a considerable consolation to see the President signing a new order for tariffs on China, especially as he sees no way for China to retaliate. That China now holds close to $2 trillion in U.S. debt, and is one of our most important customers, is just an irrelevancy. Now the steel workers and coal workers of America can rejoice, and those awful Chinese will have learned their lesson.

At the end of the day, we learned that the most extreme hawk, John Bolton, will be replacing Gen. H.R. McMaster as National Security Advisor, now making the United States less secure than ever.

Protectionism and isolationism hurt most those who practice it. Why bother with the difficulties of diligent diplomacy when there’s a strongman’s diktat available? Our “leader” has claimed he has the best words. I’d recommend he use them: “I resign.”

Diktat From The White House — Why Bother With Substance? was originally published in All Things Examined on Medium, where people are continuing the conversation by highlighting and responding to this story. 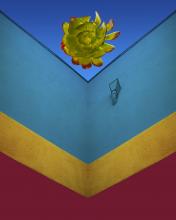 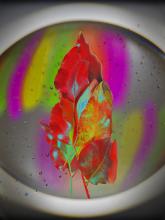 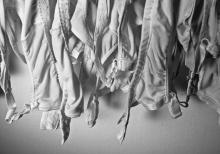 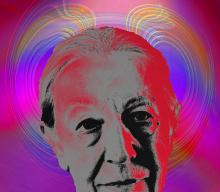