My Nomination to Command the Space Force

Would you consider being a character witness for my Senate confirmation hearing? At last, a really good — and totally appropriate — job in the White House is available, and the President has decided to nominate me. This week, speaking in San Diego, he proposed a new Space Force, and I’m ready to serve my country and the universe by becoming the first Commandant/Czar.

My credentials are impeccable.

I was born on H4, the fourth of a series of planets known as the Hiersoux Galaxy, four very similar planets visible only in bright light from a tiny area of our planet, about 5,000 square feet, two miles or so North of the UC-Berkeley campus. Below, you’ll see an image of my first descent from Space to Earth.

I’m with the President on this. We desperately need to spend much more on Defense/Offense, and in any case, this is the right President to overcome the obstacles. Having had the inestimable advantage of withdrawing from the Paris Climate Accords, the Trans Pacific Partnership, threatening to withdraw from NATO and NAFTA, trying to impose tariffs in contravention of WTO rules, he is just exactly the guy to withdraw from the several treaties and conventions regarding the weaponization of outer space.

The Attorney General remains conveniently silent, as shall I. All I want is access to my West Wing office, the right to design my own uniform, and the privilege of joining the President in continuing to make Russia and China great again.

If I am confirmed, I shall insist on bringing along my own Chief of Staff, the determinedly serious Warrior-Astrophysicist Neil deGrasse Tyson. Grassy, as we call him, is as enthusiastic as I am about designing our new uniforms and ordering the dining set for our offices. To preserve a reasonable budget, he’s offered to bring along his very own telescope.

I’m The Man! See for yourself. Will you support me? Donations in multiples of $100,000 will guarantee you a seat at our (dining) table, and a chance to cheer up Grassy.

Raphael Shevelev, a former alien from the Hiersoux Galaxy, expects to be nominated by the President of the United States as the first Commander/Czar of the Space Force. Up to now he has been an artist and author, whose work can be seen at www.raphaelshevelev.com.

My Nomination to Command the Space Force was originally published in Human Parts on Medium, where people are continuing the conversation by highlighting and responding to this story. 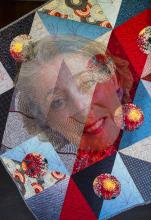 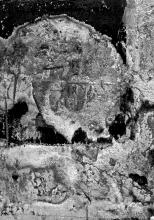 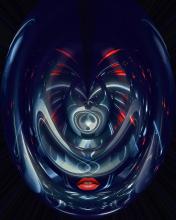