Earlier in my life, when I was much more engaged with politics and macro-economics, I was offered an executive position in the international department of a major bank. During the interview I was asked about my economic philosophy, particularly whether I tended to side with Milton Friedman of the Chicago School, or John Maynard Keynes. As I have never believed in rigid categories, I responded “Sometimes bits of both, sometimes borrowing from the thoughts of many, including Adam Smith, Friedrich von Hayek, Karl Marx, David Ricardo.” I declined the offer.

In the last 25 years as I’ve been more deeply engaged in the art of photography, I’ve encountered much of the same kind of thinking. During a college radio interview I was asked about my photographic inspirations, my icons, my exemplars. I knew what my interlocutor wanted – the usual names of great photographers – but I decided to be truthful: “That’s an easy question. Their names are Bach, Mozart, Shakespeare, Vermeer, van Gogh, Dali, Magritte, Picasso. Many others.” As a photographer, am I confined to the thinking and processes of photographers alone? Why can’t I take my inspiration from anything or anyone? From a Keats poem, from a friend’s letters, from the feelings engendered by embracing my loved ones, from my own fantasies and dreams?

I am so grateful for the marvelous work done in the relatively brief, but immensely rich photographic history from Daguerre, Fox Talbot, Silvy, Watkins, the early 20th century Photo Secession, to more moderns Brandt, Cartier-Bresson, Adams, Weston, Bullock, Bernhard, the brilliance of surrealist Jerry Uelsmann, the brooding, tonally rich, sometimes minimalist qualities of West Coast contemporary Michael Kenna. So much to admire, so much to learn. Comparisons are delicious. SFMOMA, in its former civic center quarters, had a major exhibition for the sesquicentennial. I recall looking closely at two adjacent pieces, one a giant flower print by Robert Mapplethorpe, the other a small contact print, titled “Nude Foot,” by Minor White. I thought the exquisite subtlety of the White dominated the neighborhood. As I stood there, the curator of photography, Dr. Sandra Phillips, passed by. I asked her the gently provocative question whether the juxtaposition had happened by chance. She cheerfully replied “Nothing here happens by chance!”

All these artists have something in common. They are all coryphaei, leaders of thought, pioneers in one form or another.

We are all familiar with the scene where painting students set up easels in museums and attempt to copy great works. That may have some utility, but I suspect not as much as it would seem. Translating that into my own medium, I know from visits to Yosemite National Park that many thousands of photographers try repeatedly to capture their own inner (or outer) Adams. It would not surprise me to learn that some have brought models to pose nude in discreet places at Point Lobos, or a nearby beach, to “do” a Bullock (Wynn or Edna). No doubt vegetable stands sell some peppers for the inevitable purpose of mimicking Weston.

A wealthy stockbroker friend (with a nice camera!) once asked me to co-author a book with him, a manual for the very busy traveling corporate executive, one that would show great spots from which to photograph when time is restricted, as in the lunch hour. I await the arrival of an “app,” which, combined with Google Earth and radar, will show the tripod holes of famous photographers. 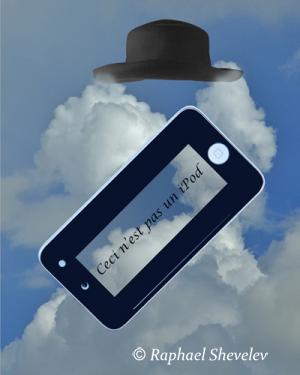 Coryphaei, leaders, tend to create followers, who perhaps – to be truthful - create themselves. Again, much like the painting students doing copies, they are acolytes. There may well be some useful purpose in mimicking the works of the great, but it seems to me that the effort should at least be time-limited. The best acolytes serve self-imposed, intensive but relatively brief apprenticeships, then move on to their own distinctly individual disciplines. Imitation isn’t flattery. After a short time, it becomes, at best, sycophancy.

We know about the need for children to “individuate” from their parents. (As a father I’ve recently learned how important it is for parents to individuate from their offspring). Is this not also true in art? When we’ve learned from the greats, and when they’ve learned from us, their acolytes, is it not time to separate, to individuate?  How often are we condemned to repetition or even to the most benign of plagiarisms? Ted Orland, who began his career as an assistant to Ansel Adams, shows originality and great wit in his works, including a very different take on Yosemite. As far as I know, Michael Kenna, who once served as an assistant to Ruth Bernhard, has not done any nudes in boxes.

Holding a recording in my hand, I once rushed down to visit an old friend who was then the conductor of a symphony orchestra. My purpose was to persuade him to include Muzio Clementi’s third symphony (“The Great National”) in future programming.

Maestro: “Why should I?”

The Maestro’s fine musicianship exceeded his knowledge of history. Clementi preceded Beethoven, influenced him and was his London publisher. But you get the point.

Epigones are the least talented of all. They may have been failed or tardy acolytes, or those who simply never had much going for them in the first place. They have a lot in common with musicologist Peter Schickele’s fictional character, P.D.Q. Bach, “the last and least” of J.S. Bach’s many children. “In an age when it was common to steal from other composers, he was the only one to use tracing paper.”

As I’m impatient, I don’t have much acolytic material in my DNA, or perhaps I choose to “borrow” subtly, carefully, widely, from the best of many diverse sources, including myself. The embedded image above, hommage to René Magritte, is probably the closest I’ve ever gotten. Click on it and it will take you to the photograph and related text on my website.

The best of the coryphaei are committed to the development of more coryphaei. I know Michael Kenna’s purpose does not include creating Kennites. I have no wish to create Raphaelites, but I fear I may be too late.

Go forth boldly. If not boldly, go anyway. But go.

(Click on the embedded image to see the story)

Bravo Raphael!! And I think

Bravo Raphael!! And I think Magritte, if generous from the grave, would be delighted as well.

Love your remarks on non

Love your remarks on non doctrinaire thinking and your inspirations! Raymond Moore felt he gained more from music and poetry than other photographers, though he certainly loved Minor, Harry Callaghan and Siskind. Delighted to read Sandra's characteristic remark - I can see her smile! Bravo.

Your comments bring to mind

Your comments bring to mind an experience I had today, walking through someone's home. He had a painting on the wall, his son's imitation of a well-loved Gauguin. It was lovely and familiar and reminded me how comforting the familiar is. Like when we want a band to play a song exactly as we first heard it. Or when we marry our father (figuratively, of course). But there's a danger staying within our comfort zone. We become stagnant. We grow when we are pushed out of that zone. Thank you for reminding me of that. I have to work hard to get myself to move beyond that safe haven.

As always, the originality of your writing sets you way apart from the crowd!

I am fascinated by the skill,

I am fascinated by the skill, imagination, talent and observation in your images and words, as well as your great sense of humor.

I liked your April log entry, especially the thoughts on interviewers asking artists about their influences. It's gotten so that whenever I hear or read an interview with that question I start to cringe. There is something reductive built into the very idea of influence. Pouring in: there is a pourer and a vessel. A hierarchy. A pyramid. An infection, as influenza, when one is taken over by an alien force. That happens of course but what is really interesting is conversation and argument; tribute and assassination; network and evolution. The stress on "influence" is a reductionism surviving from the world of hierarchies and monotheism, not from the world of networks and fields. The question is not who flowed into whom, the question is what kind of dialog you have with your peers--the dead, the living, and the unborn.

The Author and Her Words 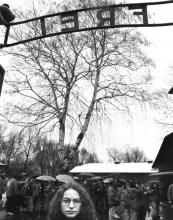 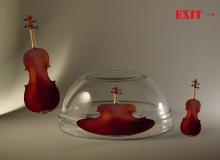