Across Three Continents: A Greek Fable in a Jewish Story

Many, many years ago, in deep midsummer, I journeyed to consult with the wisest of all people, the Oracle of Delphi. The arduous horseback ride north of Athens was quite uncomfortable, especially the last twenty kilometers into the mountains.

Arriving at the top of the hill, where the temple is located, I sank to the ground and rested on the cool, shaded marble, drinking copiously from an unglazed amphora of cold water provided by an acolyte. I sat there, quietly and reflectively, for perhaps an hour, before being summoned into the presence of the Oracle.

We looked into each other’s eyes for what seemed a long time, and then she asked why I had come. “Well," I said, “though I’m still a young man, I’ve been wondering what kind of eggonòs I shall have.” That’s Greek for grandson, and of course we were speaking in Greek, but I’ll translate this dialogue into English for your benefit.

To my great surprise, she answered my question with another question, strongly suggesting that she too may have been Jewish.

I answered “A fine boy, with a very good mind and fluent tongue, and an imagination so grand as to encompass the universe. You see, Ms. Oracle (we were not yet on first name terms), our friend Albert Einstein once wrote that imagination is more important than knowledge. And it wouldn’t hurt if he were also affectionate and handsome.”

“You want a lot, don’t you? That’ll cost you an extra hundred drachmas.”

So I placed the golden coin on the marble altar, bowed and took my leave. I returned to Athens by nightfall the following day, and had a fine dinner of avgolemono, spanakopita, roast lamb and a full bottle of retsina, which ensured a deep sleep, and, by morning, a considerable headache.

I soon forgot about this episode. Decades went by, until, in the autumn of 1999, my son-in-law handed me a small bundle, a baby wrapped in a blanket, and said these poignant words: “Would you like to hold your grandson?” It was, and I knew it then, a moment that would forever change my life. 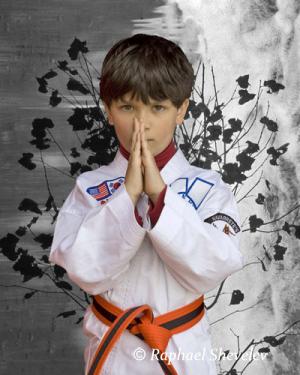 And I want to tell you about that.

What does this lad mean to me? I am the South African-born refugee immigrant son of Jewish refugee immigrants from a darkening Europe. Unlike his father’s family, which has longer roots in the United States, my grandson is, on my side of the family, the very first American born to American-born parents, Jon and Ruth. He and his siblings are my own heritage as well as their own future.

If they take great care to protect their rights and responsibilities by exercising them well, they will never need to know the pain of leaving their family, their homes, their friends, their country, and having to start all over again. That makes my own early long and difficult effort to secure a future in the United States so much more worthwhile, so much dearer to me. We're home. 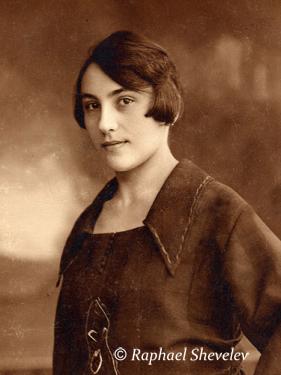 An illness prevented me from saying these words at my grandson David’s recent Barmitzvah. This column gives me the opportunity to correct that by writing that I love him and his sisters greatly, and that his beautiful Lithuanian great-grandmother would have been astonished by her great-grandchildren.

As part of my education, I was happily exposed to the ancient mythologies of Rome, Greece and both testaments of the Bible. My grandson seems captivated mostly by futuristic mythologies. But he should know that the Oracle of Delphi turned out to be completely right, and surely deserves another hundred drachmas.

Permalink Submitted by Julie Franklin on May 31, 2013

RS - As usual , you remind me that indeed art does save lives. I love this story. Its so heartfelt and epic! I hope it touches some curious place in your grandson's mind and he one day writes another beautiful essay for your great-grandson and all of us. I hope you are well. Thinking of you with smiles, and thank you for the intelligent kindness you have always shown me and the Magnes - Your fan - Julie.

Thanks for the beautiful tale

Permalink Submitted by Mani Feniger on May 31, 2013

Thanks for the beautiful tale of truth. There is no grandson who hasn't drunk from the fountain of many generations of struggle and courage, wisdom and generosity. Congratulations to him on his rite of passage, and to his family for generations back.

My dear friend, Thank you for

Permalink Submitted by Peter Glassman on May 31, 2013

Thank you for sharing your lovely post. It's a sublime yarn, beautifully woven.

Your tale is so dear. One day David will let it reach him. We know that young people, especially males, need years and years for the most meaningful teachings to take hold, become acknowledged, released as their heritage and chosen selfhood.

Your teachings, influence, and heritage are safe. They are rooted in your lineage. They will flower overtly one day: and are there right now.

What a beautiful tribute to

What a beautiful tribute to courage, compassion, and survival! Someday David will understand and know he had something very precious in his relationship with his grandparents.

What a true and beautiful

Permalink Submitted by Anne Hammond on May 31, 2013

What a true and beautiful story, circling around those two words: 'We're home'. Everyone has a story of their passage through life, but yours is particularly poignant and weighted with loss. It's a great gift you give your grandson -- and all of us -- in these wonderful words. Thank you, Raphael.

As someone who knows David

Permalink Submitted by Scott Duyan on May 31, 2013

As someone who knows David and interacts with him regularly and as someone who recently joined the ranks of grandparents, your story struck a chord. I have fallen in love with my grandson just as you have with David, and how lucky he is that you are helping to root him in his family history. There have been some studies lately that have shown that children who know and understand their family history are more resilient in the face of difficulties and more successful in overcoming them. What you share with David, even though he doesn't understand it all yet, is important.

Lovely. Absolutely lovely. The story, the telling, the photos, the proud and loving writer of the tale.

I enjoyed reading this very

I enjoyed reading this very much. This resonates with me, coming from a family that hugely values its immigrant roots. My mother speaks often of her privilege as a first generation Jewish American, born to parents who dearly loved their adopted America, with all it's challenges and faults. There is a truly beautiful continuum that we are reminded of, with the traditions and values and collective memories that we are pass on to this next generation. I'm sure David appreciated this heartfelt writing from a grandpa he loves!!

A beautifully written expression of love and appreciation. I would love to read what David will write when he has a grandson or granddaughter. May they all have a soul like their great grand father as well as his talent to express love. 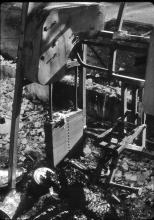