The (Dis)Comfort of Creation

In the beginning we were given light and cameras and film, and we wandered around the Vale of Cameraclubville and made lovely images, and we saw that they were good. And on the seventh day we rested. On the morning of the eighth day we awoke, a little disturbed by our dreams, but, as they were only dreams, we dismissed them and went about our business of making more lovely images.

The practice made us better and better; we became virtuosi, technically excellent. Yet our souls seemed somehow to get hungrier and hungrier, so we had fantasies, but we dismissed them for being only fantasies.

We are the descendants of logicians and scientists, secure in the knowledge that advancement stems from the progression of associative thought, each step carefully constructed upon the foundation of all that has gone before, all that has been tested and proven and safe. The progress of the world, in science and in art, seems therefore to be a linear process drawing ever more expertise (virtuosity) from practitioners. It is, after all, only children and primitives who dream and fantasize, and weave those dreams and fantasies into the fabric of their daily lives.

Creation, or its womb, creativity, comes peculiarly from the technically excellent who can and do dream, fantasize and laugh.

The act of creation depends to a large extent on the relaxation of controls, indifference to the rules of logic, avoidance of "common sense," and the suspension of disciplined reason. It reposes in the ability and willingness to "let go," where the fluency of receptive ideation and the ability to use "childlike" vision offers synthesis and new life to our art.

Creativity, then, is to be found neither in technical mastery, nor in fantasy, but in the happy amalgam of both.

Arthur Koestler, on page 175 of his masterwork The Act of Creation (New York: The MacMillan Co., 1964) quotes Einstein:

"When I asked myself how it happened that I in particular discovered the Relativity Theory, it seemed to lie in the following circumstance. The normal adult never bothers his head about space-time problems. Everything there is to be thought about, in his opinion, has already been done in early childhood. I, on the contrary, developed so slowly that I only began to wonder about space and time when I was already grown up. In consequence I probed deeper into the problem than an ordinary child would have done.

Koestler exclaims on Einstein's modesty, missing, perhaps, Einstein's respect for his own childlike visions. Perhaps Koestler had not seen my own favorite photograph of Uncle Albert, not Karsh's classic, but a 1951 grab-shot done by UPI photographer Art Sasse, showing Einstein with a long tongue extended toward the photographer.

Aside from the amalgam of technical expertise (the linear, logical, cumulative) and dream-fantasy (the illogical, "lawless," poetic) a third important, elemental role is played by humor (wit), and the ability to progress from the ridiculous to the sublime. In all the works on the enterprise of creativity, at least one theme is held in common: the ability to laugh, to make others laugh, to discern the ways in which wit inverts and subverts emotionally expected logic, and provides us with a fresh perspective on all the things of life.

Perhaps the most underrated of the "creative triad," humor is the force that most easily provides us with a gateway into the creative process, and most humanizes it. Is it not amazing, and somehow comforting that each day our many newspaper and magazine cartoonists, taking the news of serious public events, can reduce it all to warmly human proportions with a few strokes of the pen?

The Jester and the Dreamer and the Sage may be brothers, but more than fraternity is required of them to produce the creative act. The Jester may delight the Court; the Dreamer may recline among the flowers; and the Sage may wander from village to village, acquiring disciples. But they shall all go their separate ways until they become, instead of brothers, a complex of montages in the same being. Just as the discovery of electricity, combined with the evolution of mechanics, gave us the electric motor, so the creative act, by connecting previously unconnected dimensions of experience, or unrelated matrices of thought, provides us with a new level of artistic or scientific evolution.

The creative act is the defeat of custom and habit by originality, the elevation of insight and possibility to a new plane, and a new complelxity. Not only is dream-fantasy a vital element of its own nature in this process, but its contribution serves also in the displacement of verbal thinking, which plays at best a subordinate role in the crucial moment of creation.

"Among all forms of mentation, verbal thinking is the most articulate, the most complex, and the most vulnerable to infectious diseases. It is liable to absorb whispered suggestions, and to incorporate them as hidden persuaders into the code. Language can become a screen which stands between the thinker and reality. This is the reason why true creativity often starts where language ends." (Koestler, p 177)

How fortunate we are, then, as photographers, as makers of visual, graphic images. True, it imposes upon us the need to become technically excellent, but it gives us unparalleled opportunities, once technique is mastered and remastered, to offer our "audience" an insight into our dreams and thoughts and fantasies, and without the obligation to explain them verbally.

I believe that the passion of an artist to explain his work is misplaced, because it relieves the audience of its most rewarding task, the opportunity to discern for itself the meanings and connections of the work. The intention of parables and fables is not to obscure the meaning(s), but to make more illuminating the message by encouraging the audience to arrive at these meanings themselves.

Paintings and photographs that require little or no effort from their viewers are the least instructive and usually the least memorable, irrespective of how, or momentarily pleasing they might be.

"...explicit works of art with an emphatic, pointed message contain ready-made form which otherwise the audience would have to contribute. The surest symptom of decadent art is that it leaves nothing to the imagination; the muse has bared her flabby bosom like a too obliging harlot - there is no veiled promise, no mystery, nothing to divine." (Koestler, p 342)

When we talk of creativity in the context of photography, what exactly do we mean? Perhaps the easiest way to begin a systematic understanding of this prospect is to attempt to explain what it is not.

Creativity is not in the kind of camera used, or the type of film favored. It is not in whether we use black-and-white or color, or, for that matter, any combination of both. It is not in a technical understanding, no matter how fine, of f-stops and ISO ratings or the refractive indices of lenses. It is not, of itself, in the use of plain or fancy filtration, no matter what the advertising promotions say.

Above all, it is not in the adoption of rules or conventions of "composition" or lighting or color saturation or format or the prettiness of the subjects photographed, though all of these things may have some useful bearing on the quality of the final product.

Creativity may need to partake of technical excellence, but it is not technical excellence itself. It is also not in the ability to copy the creation of others, though creativity often demands that we study, and study again, the creative work of others, not to replicate the forms, but to examine or divine the processes by which those forms came into being, and to learn and think and dream about them.

Yesterday's creative discoveries are today's truisms, and even the most remarkable dissociative creations, the synthesis of two independent matrices of thought, are now simply the latest chapters in the book of common knowledge. Once two frames of reference have ben integrated into one, it becomes hard to imagine that they ever existed separately. In this sense, the photographer, as visual artist, is exceptionally fortunate, because innovation in the visual arts is both more immediate and more transitory than in science, where the innovation must be absorbed into a structured, cumulative order.

We are creatures of metaphorical learning, the transfer of a set of causal events from one sphere of knowledge to another, or the representation of a thought, event or image through the use of indirect means. We often try to solve problems by the use of metaphor, in the arts as elsewhere, but problem solving may not be the same thing as originality. To the extent that the task contains new features, it will resist being dealt with by familiar methods.

Great art, and therefore great photography, originates in the artist's facility for "sympathetic magic" where emphasis by exaggeration, and economy by selection and simplification, can draw from the audience a resonance of universal emotive and intellectual recognition despite the uniqueness, and even ethnocentricity, of the individual work.

How do we become creative?How do we bring to our photography that special element that raises it beyond pretty, technical competence?

Before this question can be answered, we need an orientation different from the way in which we are too often taught in photography: we need to get away from emphasis on the limitations of the medium.

Any half-wit soon understands the "limitations" of focal length, format, latitude, and reciprocity. Those with a full complement of wit can just as easily learn the ways in which one may take wonderful advantage of such "limitations."

Is it too obvious to state that the photographer's image, like the painter's canvas, is not the same thing as the scene or object(s) depicted, nor should it be? It is free to be whatever the artist makes of it, and should not be judged by the measure in which it depicts "reality," or tells a "story."

What, then, should we do? A number of things, and not particularly in any order, because they all feed on each other and offer mutual support. We can achieve virtuosity - technical mastery - of the medium, while learning to see and to think by reading and discussing, and looking, analytically and emotionally, at thousands and thousands of images.

We can make ourselves as receptive as possible to new aesthetics and new technology. We can set tasks for ourselves in depicting new perspectives, new objects, even emotions.

And we can fantasize, and fantasize about our fantasies, and keep a notebook/sketchbook handy at all dimes.

I wish you sweet dreams, and many of them.

© Raphael Shevelev. All Rights Reserved. Permission to reprint is granted provided the article, copyright and byline are printed intact, with all links visible and made live if distributed in electronic form. This article was originally published in The Journal of the Photographic Society of America. 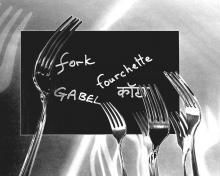 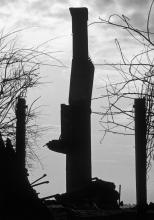